The Curious Case of Carlos Santana

They inked the deal with veteran first baseman Carlos Santana for $6.7 million, their largest free agent signing since the offseason before the 2017 season. Carlos hasn’t finished with an OPS above .700 since 2019, but he’s been a sabermetric darling, and it seems Pirates’ GM Ben Cherington has taken notice.

So, why would a team in Pittsburgh’s position make this particular 36-year old man their third largest salary allocation on the books for 2023, behind only their young stars Ke’Bryan Hayes and Bryan Reynolds?

One of the reasons Santana has stayed so productive is that he’s possessed one of the league’s best walk rates for more than a decade now, along with toeing that ever-coveted line of a player having nearly as many walks as strikeouts. He’s showcased this excellent plate discipline since his rookie season in 2010. In a streak beginning from his second season, continuing to now, Santana has stayed in the top ten in walks drawn for all of MLB. 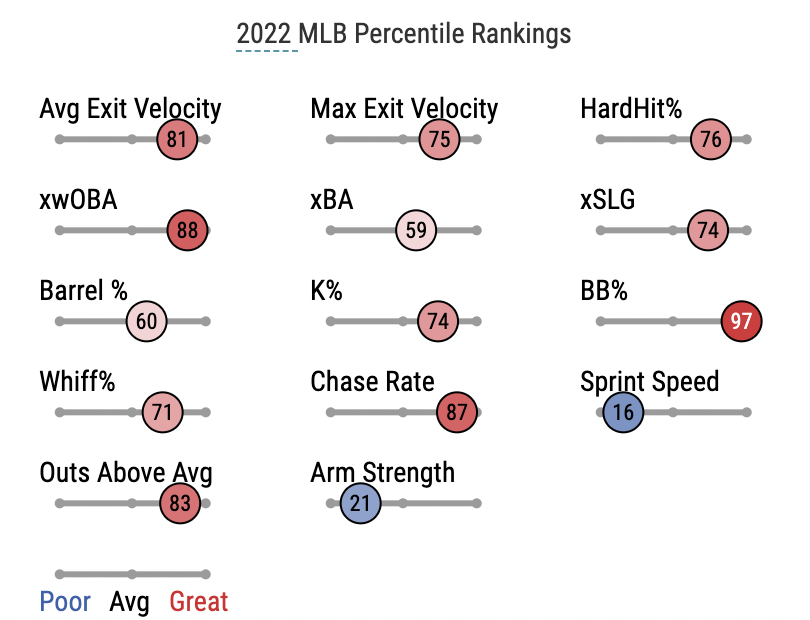 Look at that Savant page and tell me he’s not nasty.

Unlike many hitters whose bat speed trails off in their mid-to-late-thirties, Santana has stayed in MLB’s upper echelon, still capable of hitting the ball as hard as he did at the peak of his powers during Cleveland’s last World Series run. He still possesses 20-homer pop, although PNC Park may suppress his home run total this season.

So, the guy walks a ton, and at around the same clip he strikes out, still gets quality contact, and, a last thing that’s gone unmentioned up to now, he’s still a plus defender at first. What’s the catch?

Santana has been one of the unluckiest players in baseball since before the pandemic. In that time, he’s had an xwOBA consistently outpacing his actual wOBA by around 50 points. He’s not an MVP-caliber hitter, but he’s definitely closer to his Cleveland form than the surface stats would lead you to believe.

For one thing, Santana’s BABIP has got to be unsustainable. In an environment where the league average value is around .290, Santana’s has cratered over the last three seasons to a number around .215. This is especially surprising for a player who isn’t a three true outcome guy. 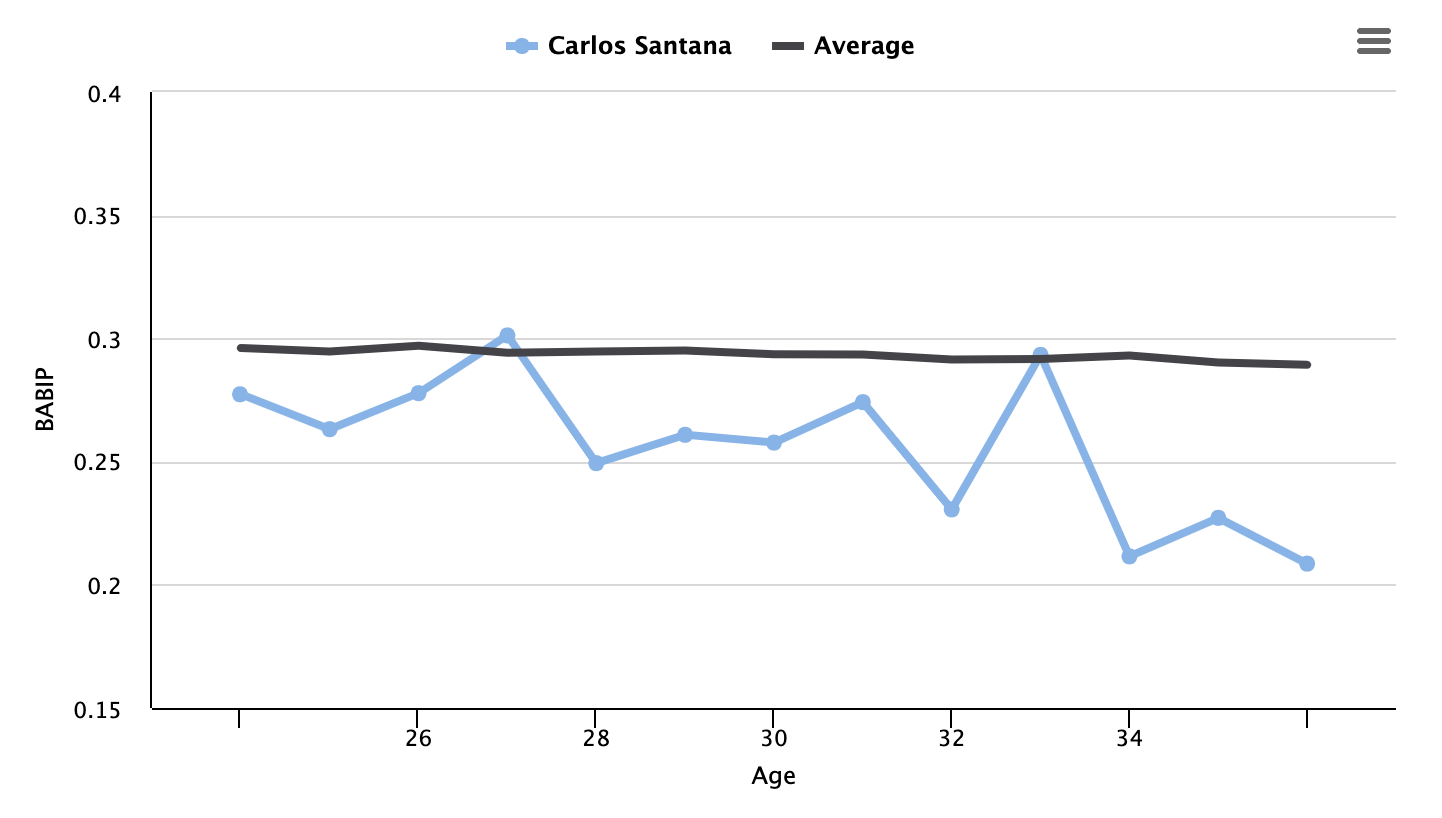 You can see that Santana isn’t exactly Tony Gwynn or Tim Anderson, but the principle of regression to the mean is bound to apply to him. Now, he did just post a career-low Ground Ball% value of 39.1%, which isn’t terribly far from his career mark of 43.4%, but it still means less balls finding gaps in the infield.

He’s really just been unlucky, and what’s fortunate to Pittsburgh is that his underlying numbers have actually improved after a nerdy 2022 season. His most important outcomes at the plate: line drives, pull hitting, and barrels are all nearly identical to his great seasons in 2016 and 2019.

If Pittsburgh’s hitting staff can change Santana’s career-altering bad luck (if you can take that seriously), he should be one of the highest-ROI signings this offseason. For a lineup devoid of hitting talent past its two stars, Pittsburgh is lucky to have brought in a player of Santana’s caliber.

MLB’s contenders fell asleep at the wheel in missing out on a possible veteran contributor like Santana. He’s a cheap, playoff-experienced hitter that displayed his leadership capabilities in Seattle’s stretch run last season. Somehow he ended up in Pittsburgh, hoping for an Orioles-like resurgence.