The Baltimore Orioles at Camden Yards: A Peter Angelos Experiment

The 1992 construction of Oriole Park at Camden Yards ended the era of symmetrical multi-purpose stadiums. The park was designed for baseball, as the O’s had become the last professional team in the city. The irregular outfield fences evoke the quirky construction of the early 1900s when stadiums were forced to tuck neatly into city blocks. Oracle Park in San Francisco and Comerica Park in Detroit are two stadiums that were inspired by Camden Yards’ “retro classic” design.

Something those two stadiums did not imitate, though, is Camden Yards’ home run friendly dimensions. Since Statcast Park factor data has been available since 1999, the Orioles’ home stadium has ranked at least in the top half of MLB ballparks in home runs given up, and recently, they’ve consistently ranked in the top five. Part of the reason for the astronomical number of home runs being hit at the park is the, let’s call them inexperienced, pitching staffs the Orioles have fielded since they last made the playoffs.

Camden Yards’ dimensions are relatively average, save for one glaring difference. The left-center field porch. At 364 feet, it’s one of the shortest distances to left-center in the majors. It’s become such a problem for Baltimore that they have decided to alter the park’s dimensions. For the 2022 season, Baltimore will push the wall back up to thirty feet, increase the outfield wall’s height, and lose about 1,100 seats. 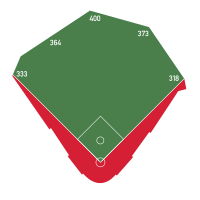 The change should be welcomed by Baltimore pitchers for next year. John Means’ no-hitter last season would most likely have been broken up on a deep drive to left field by Kyle Seager had the game not taken place in Seattle. Who else would benefit from this change? Who does it harm? Does it only affect the Orioles? We’ll take a look at three players who have a vested interest in the planned 2022 alteration to Oriole Park at Camden Yards.

It’s surprising to think that Austin Hays will have his fifth season with an MLB plate appearance coming up in 2022, but he will, and he should continue to be a core member of the O’s lineup this upcoming season. As one of the O’s most promising, young, right handed hitters, along with Ryan Mountcastle, Austin Hays’ 2022 offensive success will be predicated upon how he can adjust his game to the new park dimensions. Hays and Mountcastle both pulled their batted balls around 38% of the time in 2021. However, while Mountcastle generally scatters his home runs in every direction, Hays predominantly pulls his homers to left field, with most landing in the area designated to change. 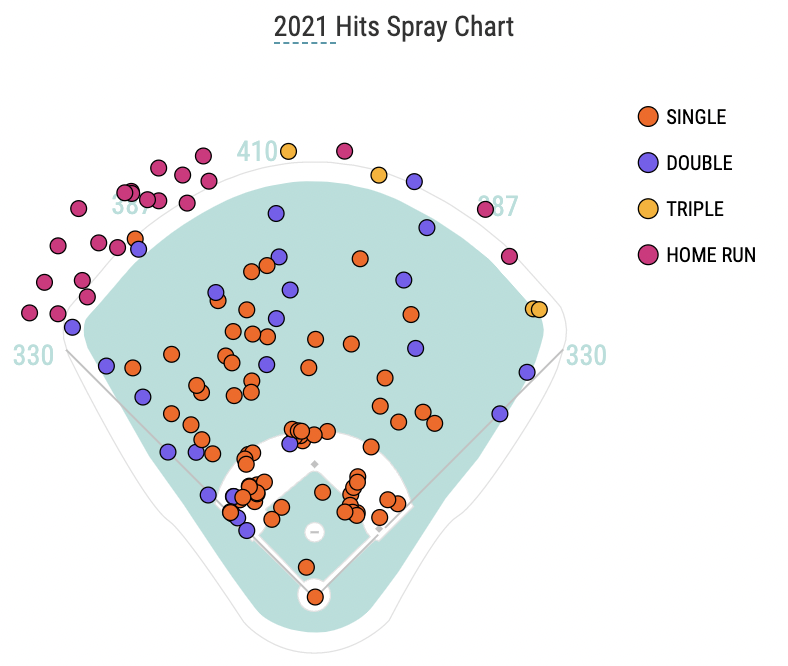 If Camden Yards were to stretch its left-center field wall back twenty feet, it would be on par with Kansas City’s Kauffman Stadium at about 385 feet from home plate. Austin Hays hit 22 home runs last year. If he had played all of his games in Baltimore, Baseball Savant calculates that he would have had 24. However, if Hays took all of his at-bats in Kansas City, he would have only hit 13 home runs in 2021. If Austin Hays wants to avoid power regression after his first season as a regular major league starter, he will need to learn from his teammate Ryan Mountcastle on how to spread his home run power to all fields.

It’s no secret that Baltimore is looking to improve their team pitching numbers by changing their home ballpark. The O’s consistently rank near the bottom of MLB in homers allowed. Another way to stop letting up so many dingers is to actually have some talent in your pitching staff. Baltimore hopes that former first round pick and left handed pitcher DL Hall can come and supplement that talent in 2022.

We’ve already talked about how resident lefty John Means could benefit from a deeper left field, but he has already had to deal with Camden Yards’ home run amplification for three seasons. Being the 72nd prospect in baseball according to MLB Pipeline, and having yet to make his major league debut, DL Hall will most likely spend his entire Baltimore career without having to worry about his pulled fly balls turning into short home runs at Camden Yards.

Gleyber Torres’ second most often faced team by plate appearances is the Baltimore Orioles. He has a 179 OPS+ in around 200 plate appearances. Half those plate appearances came in Baltimore, in which he had an even better 182 OPS+. He has double the homers in Camden Yards than any other away park, and as shown in his home run spray chart from his 2019 season, many of his homers landed in left-center field.

Torres has spent his career hunting Orioles. Unfortunately for him, though, his last two seasons have seen his production and power decline. What Orioles fans hope is that Torres won’t be able to use the Orioles as his get-right games. The bad man shouldn’t be able to launch balls into that short left field porch to hurt you anymore, Baltimore. 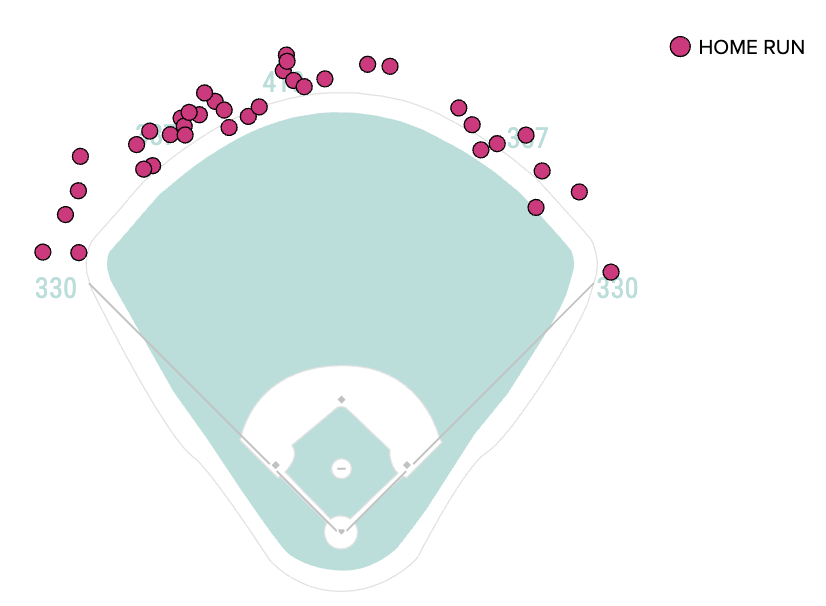 The Orioles planned construction will at least partially eliminate one of baseball’s most prominent stadium quirks, but for Baltimore it should balance the two sides of the ball in a way that should ultimately benefit them. Ryan Mountcastle has proven that right handed hitters can avoid a power drop-off by spreading their power to all fields. He can hopefully help his teammate Austin Hays mitigate the possibility of his power vanishing.

Baltimore has had problems with their pitching staff since they last made the playoffs, but the renovation should seek to help their left handed pitchers keep up their confidence and avoid allowing the league’s highest home run total. What the change will also do for the Orioles is to avoid giving up large amounts of homers to familiar right handed sluggers, like Gleyber Torres.

Hopefully the Orioles will be able to emerge from the rebuilding process after calling up some of their promising young talent, forming a better pitching corps, and disallowing some of Orioles fans’ least favorite players from continuing to prey on them. Maybe they won’t be relegated after all.